Branding can inspire a nation if the communication they sell brings that change.

The Shanghai World Expo is the largest World fair with over 190 countries represented 5.8 square kilometers wide and with more than 50 international organizations. It started on the 1st of May and ends on 31 October 2010. 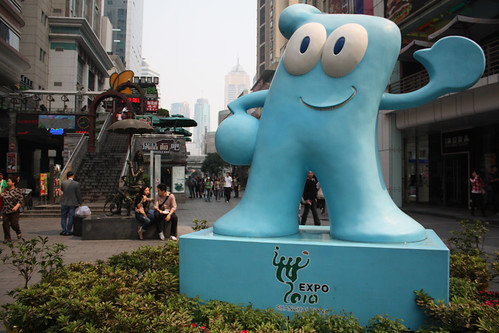 Having spent a few weeks at the Shanghai World Expo the sheer amount of branding and advertising to commentate this event is staggering. “Better City – Better living” is the theme that carries the hope and future of Shanghai and a nation moving forward into the 21st century as a global city. That strives to brand itself as technology, science, economics, culture, and thrive in harmony with it’s citizens to the world. It faces Haibao, the mascot of the Expo 2010 can be seeing on every merchandise and advertising campaign says much of how consumers relationship towards the character not as a brand but part of the culture. It shares their vision of the future and inspires the citizens ready to face global challenges.

Keeping with ethics “Better City – Better Living” theme. The introduction of solar power energy, zero-emissions architecture, electric vehicles scooting people between the expo, and recycling of materials used on the pavilion once the Expo is close. It is a testament to what the Expo stands for and a blueprint for future urban cities. On the downside, many city citizens who were forcefully removed from their neighborhoods would disagree with the slogan “Better City – Better living” or the negative environmental impact and energy consumed to support expo. For the other millions of Chinese who had traveled from afar, they can take their own stories home with them. It’s the beginning of a brighter future that they can share with photographs of Haibao.

The Expo closed on Oct. 31, 2010, after hosting over 73 million visitors since the opening on May 1, 2010. Branding is built on intangible assets, intellectual ideas are only worth the product they brand. China has laid the foundation for the future by inspiring the nation during the Shanghai World Expo 2010 using merchandise, billboards, branding, architecture, and media. To continue this message they now have to maintain the promise of “Better City – Better living” over a longer-term, only then the brand would have ultimately completed its goal and continue to affect millions of Shanghainese positively. 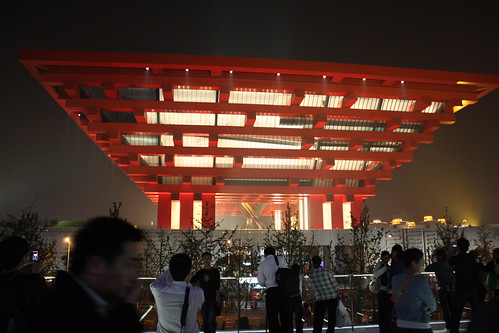 I’m honored to have had the opportunity to experience a world event of this scale as an inspiration for what can be accomplished using visionary thinking, innovation the world can bring together and share the future of a “Better City – Better living”. Through the weeks I’ll continue uploading images from Shanghai World Expo

Need Help? Chat with us
Start a Conversation
Hi! Click to chat on Whatsapp
I typically reply if available.
Gavin
Designer